Family of 4 killed by carbon monoxide from tankless water heater 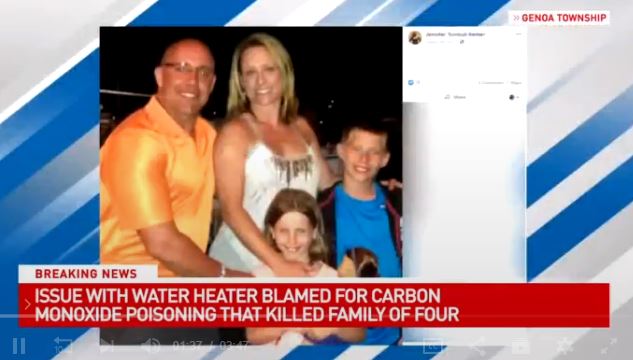 Police responded to the Reitter family home for a wellness check on May 2, after a concerned family member called 911. After seeing an unresponsive person in the home, police forced entry and found Gabe Reitter III, his wife Jennifer, and their children Gabe IV and Grace, dead inside, along with three dogs.

…the exhaust pipe on top of the water heater was slightly dislodged. … the source was a Navien tankless water heater that had been converted from natural gas to propane….Tests showed CO levels between 999 and 1200 parts per million in the home, according to the fire department. People can start experiencing symptoms of CO poisoning at 70 parts per million.

Standards of Practice The rules are different from state to state. In Washington State for example we have a standard of practice and a Code of Ethics. Many states do not have a specific standard Read more…

It’s shaping up to be a hot Northwest summer, and we are a week away to the official first day of summer. If you have a pool or are putting one up for the summer, Read more…

We are on our way to the season of sun, fun, and warm evenings under the stars. That’s right, summer is afoot! Here in the Pacific Northwest, we treasure our summers. We are able to Read more…